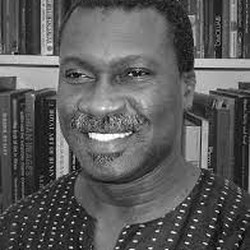 Tunde Adegbola is a Research Scientist, Consulting Engineer and Culture Activist. He holds a B.Sc in Electrical Engineering, M.Sc. in Computer Science and Ph.D. in Information Science. As Executive Director of African Languages Technology Initiative (Alt-i), Ibadan, Nigeria, he leads a team of researchers in appropriating human language technologies for African languages. In this regard, Alt-i partnered with Microsoft to localise Microsoft Windows and Office Suite for Hausa, Igbo and Yoruba. Before Alt-i, he worked at Innovative Computing Group (ICG) Inc. Ohio, USA, applying Cellular Automata Transform (CAT), an innovative data modelling technology developed in ICG for the perceptual compression of Digital Audio. He taught Artificial Intelligence and Automated Reasoning at the University of Lagos from 2008 to 2019 and has been teaching same subjects in the University of Ibadan from 1990 till date. In 2016 he was commissioned by Shell Nigeria Exploration and Production Company (SNEPCo) to undertake Stake-Holder Consultations and Needs Assessment for the delivery of ICT Centres to some Nigerian universities as part of SNEPCo’s Corporate Social Responsibility programme. He also coordinated the development of curricular and course materials for the M.SC and Ph.D programmes in Artificial Intelligence for the National Open University of Nigeria (NOUN). As a consulting Broadcast Engineer and Media Systems Integrator, he helped to develop the technology infrastructure for the Nigerian Motion Picture Industry (Nollywood), working with production houses such as Mainframe Productions, Klink Studios, Cinecraft and Media International. He designed and installed many of the pioneering private TV Stations in Nigeria including Channels Television, MITV and Africa Independent Television (AIT), which he designed, supplied, installed and commissioned between 1995 and 1997. He has also worked in setting up new as well as enhancing existing radio and television stations in Senegal, Guinea Bissau, Guinea Conakry, Liberia, Sierra Leone and SaoTome and Principe, consulting for various international NGOs and UN bodies such as Open Society Initiative for West Africa (OSIWA), International Alert, UNICEF and UNDP. He is at present the Chairman of the Technical Sub-committee of Digiteam; the Presidential body set up to guide the transition of television broadcasting in Nigeria from analogue to digital and also functions as a member of the Ministerial Task Force for the same purpose. He is also a member of the Digital Literacy Implementation Committee for South West Nigeria of the DAWN Commission. A Chevening Scholar, Honorary Fellow of the Linguistics Association of Nigerian (LAN), former Council Member of the West African Linguistics Society (WALS), former board member of West Africa Democracy Radio (Dakar, Senegal) and recipient of various academic and professional awards, he has published many papers and journal articles in local and international scientific journals in the area of Human Language Technology (HLT) and he is very much sought after as a speaker in local and international conferences. An accomplished performing musician and a former national athlete, he is married with three children.